A team of six drivers and two BOVIS FINE ART supervisors organized the reception at Roissy CDG airport of returning French masterpieces after a long trip to the Netherlands and then to the USA where they were exhibited.

Our eight specialized technicians rigorously organized the restitution of prestigious works from major foreign museums where the traveling exhibition “Millet and Modern Art: From Van Gogh to Dalí” was held:

→ The Van Gogh Museum in Amsterdam

→ The Saint Louis Museum of Art in Missouri

The challenge was to ensure that everything was perfectly organized upstream (airport supervision, customs formalities, arrival of trucks and conveyors, etc.) and that the crates were handled properly, both when unloading the plane, as for depalletizing or loading into trucks on site at the airport.

Using three trucks, the works were redirected from the airport to the major French lending institutions in Paris, Strasbourg, Montpellier and Monaco after secure parking in our “work of art” warehouses. 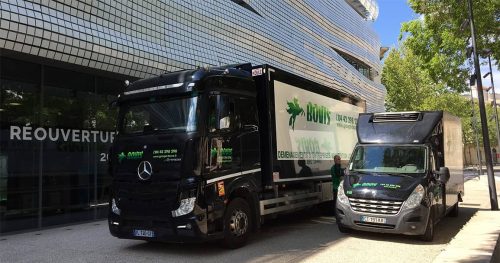 Installation of temporary exhibition in Nîmes

Stall of a medieval masterpiece in Paris 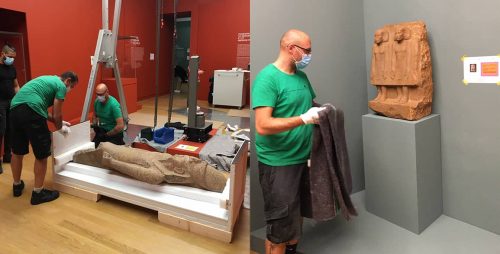 Transport of works of art and exhibition installation in France